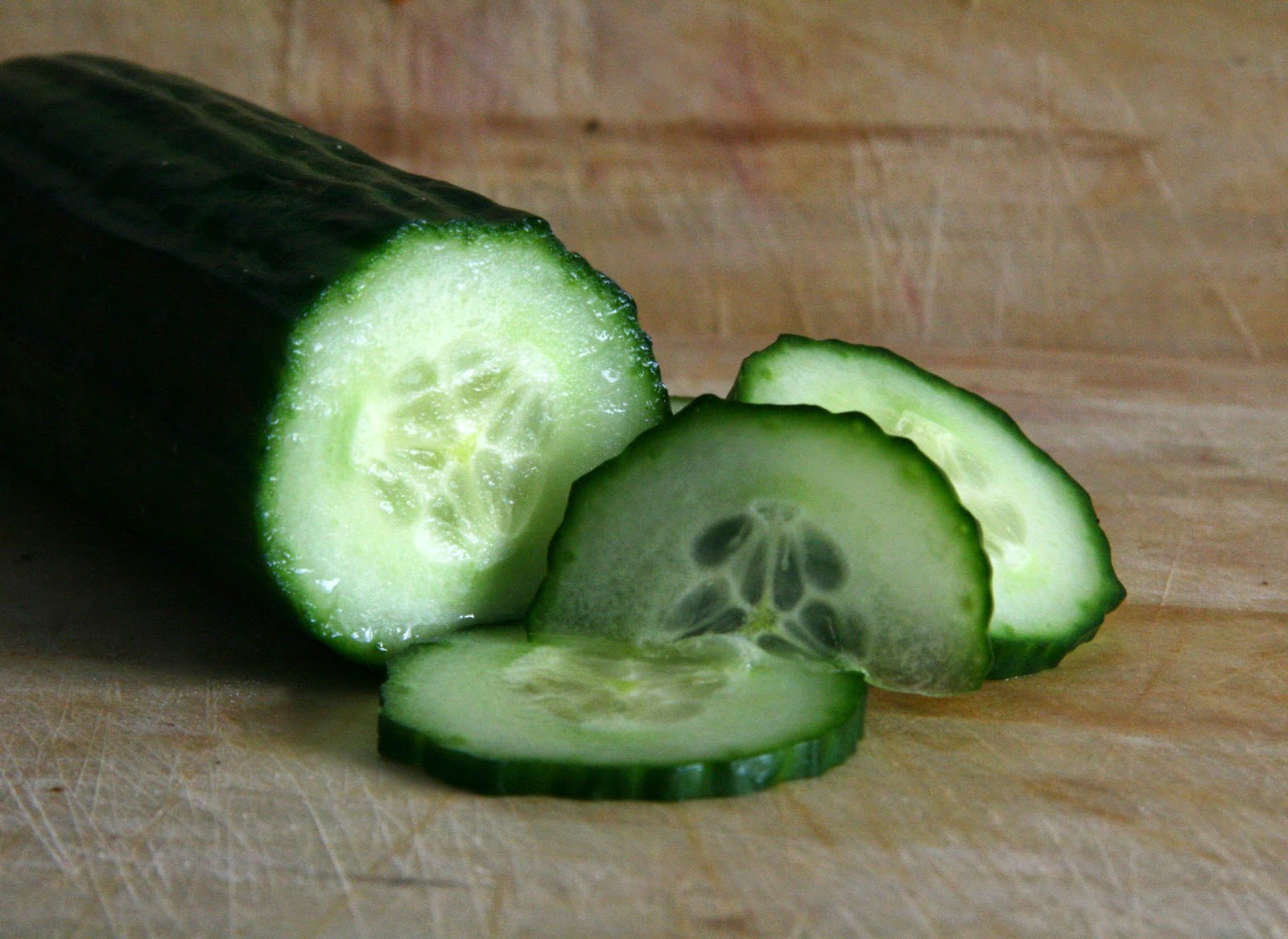 The opinion that the cucumber is " empty" - it has no nutritional value is not true.It has positive influence in the prevention of gastric cancer and rejuvenates.

Cucumber contains 3.2 % carbohydrate, protein and fat only 0.1 to 0.6 %, a little dietary fiber with plenty of water(98%). Has a large amount of vitamin C, and there are also A,B vitamins and carotene. The content of minerals and oligo-elements is significant. It consists mostly of potassium, then calcium, phosphorus, iron, manganese and iodine. Of all vegetables the cucumber has the lowest energy value.Hundred grams gives only 14kcal(58kJ).

Favorable balance of sodium and potassium increases the discharge of liquid and toxic substances from the body and has positive effect in the fight against cellulite.Together with the silicium,which contains trace,naturally hydrates the skin,giving it freshness and healthy glow.The silicium acid maintains the health of the connective tissue that gives skin its elasticity and slows down the appearance of wrinkles.

It is used for the skin with swollen eyelids,fatigue,irritation and burns.The calming effect of cucumber is attributed to the effect of caffeic acid and the vitamin C.Caffeic acid is antioxidant - rejuvenates the skin,prevents cancer and inflammation.Therefore many cosmetics preparations for skin rejuvenation include cucumber extract.Bark cucumber should be rubbed to the skin after exposure to strong detergents.

Although the fruits rich in vitamins and minerals in the prevention of gastric cancer act well,the vegetables have a much better effect. The cabbage occupies a significant position in the salad with fresh cucumber.

It contains a lot of potassium and little sodium and encourages water tablets(acting diuretic).Therefore influences on blood pressure,positively acting in painful urination,and kidney disease. Dissolves uric acid and is beneficial to people who have a stone in the kidneys and in the urinary tract.To preserve the diuretic effect cucumber should not be salted.

Has positive effect on either rheumatic ailments - the silicum acid maintains the health of connective tissue of muscles,ligaments, cartilage and bone.

Thanks to the content of dietary fiber raw cucumber regulates bowel operation,and protects the body from the effects of carcinogens in food.

Cucumber is used in dietary regimen.Dietary fibers swell and reduce the absorption of fat and sugar.This effect is used in the diets.As a salad or soup increases satiety at lean people.Due to the small amount of sugar and fat it is recommended for diabetics,people with heart disease,elevated blood lipids,and people who do not want to gain weight.