Suspect Your Doctor Goofed? 4 Signs Your Condition Was Mishandled 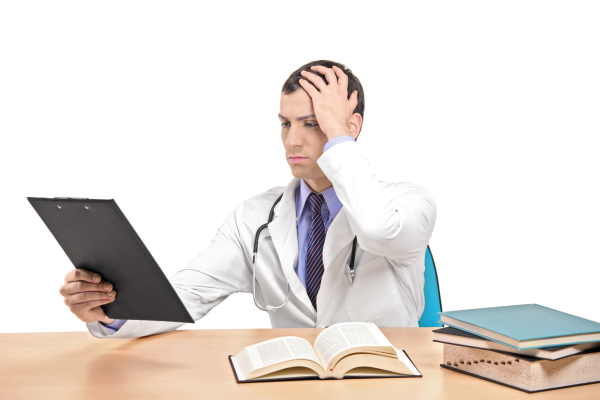 Doctors are people who you should be able to trust completely. While they do sometimes makes mistakes, sometimes those mistakes could have easily been prevented.
Medical malpractice occurs when a medical practitioner performs his or her duties negligently. This can range from diagnosing a condition incorrectly to prescribing the wrong treatment plan. Over 590,000 cases of medical malpractice were reported from 2004 to 2014.
While the details of medical malpractice tend to be different, the result is the same: the patient suffers for the doctor's negligence.
Let's explore four situations where your hunch that your doctor goofed may be right.

1. Your Symptoms Became Worse After Starting a Treatment

When your symptoms become worse, there is typically something wrong with your treatment. It may be incorrect, require you to take the wrong dosage of medication, or fail to treat the cause of your symptoms.
If your symptoms have worsened after starting a new treatment, then your doctor may have goofed. The wrong medication may allow your underlying condition to progress while hurting your body in other ways.

Tests are designed to support a doctor's opinion. This allows your doctor to form an accurate diagnosis that looks for concrete symptoms, which in turn means that your doctor is acting in your best interest and to the best of his or her ability.
When your doctor performs too few tests, there is a chance that your condition will be misdiagnosed. This can result in the progression of your disease, the wrong medications being prescribed, permanent injuries, or death.

3. You Have Odd Symptoms After a Surgery

Pain in your body, inflammation, and decreased organ function after a surgery typically mean that something has gone dreadfully wrong. The surgical site may have been improperly prepared, tools may have been left in your body, and a grand number of other things could have happened.
When medical malpractice occurs during surgery, it is vital that you contact an Idaho law firm or one in your area. This will help you protect your rights while ensuring that what was done improperly can be corrected.

4. You Acquired Another Set of Symptoms

Did Your Doctor Make a Mistake?

While doctors aren't infallible, they do have a responsibility to you while you remain one of their patients. They should provide you with the best treatment possible, which means following the right procedures.
If you think your doctor may have fallen short on their pledge to help you as a patient, then you should immediately seek help. Correcting a mistake now will help to ensure you stay healthy, happy and pain-free.
Anica is a professional content and copywriter who graduated from the University of San Francisco. She loves dogs, the ocean, and anything outdoor-related. She was raised in a big family, so she's used to putting things to a vote. Also, cartwheels are her specialty. You can connect with Anica here.
Posted by Health Natural Guide at 3:56 PM