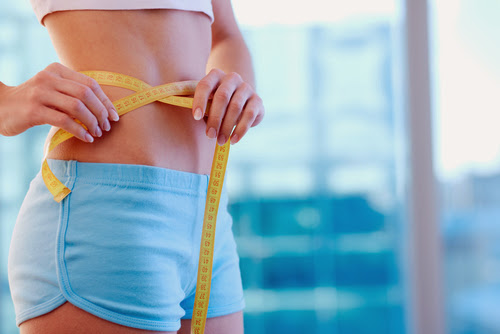 We all have heard about Ephedrine or Ephedra, a supplement that has been banned in most of the countries around the world. Although this supplement was thought to be of great help for the human race, it also had its own side effects that were the main cause of the ban. Scientists and researchers then started working to find another supplement that will act similar to Ephedrine, but with reduced side effects. This is when they came across the supplement called Synephrine.


Synephrine is found to be an active compound found in the fruit of a plant named, Citrus Aurantium. This plant was known as the zhi shi according to the traditional Chinese medicine. It is well known as the green orange, bitter orange or sour orange in the other parts of the world. Synephrine being the main active component in this fruit, it also contains a rare combination of amines that are needed by the body. The combination of Synephrine, hordenine, octopamine, N-methyltyramine and Tyramine make up this wonderful fruit extract.

The presence of all these compounds that are beneficial for a human body, contribute in making it an effective supplement that has been introduced in the fitness world. Known to be a guaranteed solution for weight loss and owning fewer side effects than the previously used Ephedrine, this supplement seems to be promising and will stay in the market for a longer period of time.

How does Synephrine work?

Synephrine, as mentioned above is a plant extract that contributes well towards weight loss. But, how is this done? Synephrine has similar amounts of caffeine as compared to that contained in Ephedrine. This, caffeine content of the supplement contributes in boosting one’s energy. It has been found to be effective in suppressing the appetite and increasing the metabolism too.

The appropriate amount of Synephrine that can be consumed within a day is said to be somewhere in between 2 to 10 mg. Although this supplement is found to work similar to the earlier used Ephedrine, it is found to be better since it does not affect the central nervous system.

The Benefits of Synephrine


Its been long since we are hearing about this wonderful plant extract called Synephrine. Obtained from the extracts of the bitter orange fruit, this supplement is said to work effectively in boosting one’s energy and increasing the metabolism rate of the body. Therefore the benefits that this supplement holds can be listed as below.
·         Synephrine binds with the Beta 3 cell receptors and increases the rate in which the fat is released from the fat stores.
·         It increases the metabolic rate of a person.

·         It acts similar to a stimulant. Thus, it is found to be effective for fat loss and appetite suppression.

·         Synephrine is also found to be an effective supplement that helps fight depression. Since, depression is known to be an important cause of obesity, eliminating it will help enhance weight loss.

·         Since, the supplement has been helping in all the above factors and the factors in turn help in an effective weight loss. This shows that Synephrine contributes towards a healthy weight loss plan.
·         The benefit of consuming Synephrine instead of Ephedrine is that Synephrine helps increase the metabolic rate without harming the cardiovascular health of a person.

A person looking out for an easier way to lose a considerable amount of weight and to boost his energy can prefer consuming Synephrine. Synepherine supplementis found to be extremely effective in both these cases. The most important thing that we need to consider about this wonderful supplement is that can now replace the banned Ephedrine since it golds the same benefits without the major side effects that the latter showed.

Like every invention has something lacking, this too has a few minor, side effects that may be seen in a few people, mainly due to the different body compositions. Therefore, it is best to avoid trusting something blindly. Consulting a physician or a health expert would help you know whether a particular supplement would provide more benefits or side effects for your body type. It would rather keep you safe from any adverse effects and help you gain maximum benefits of the supplement you are consuming. Therefore, consumption of Synephrine too might require a visit to the physician to make sure that it works well with you.