Can our brains be persuaded to stop craving junk food? 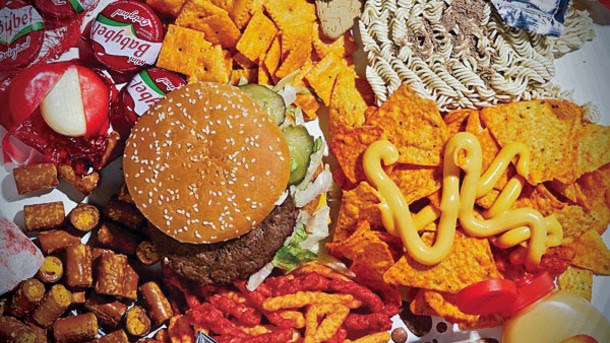 People are nothing if not suggestible. From amazing successes with placebo treatments to painfully talent-less people expressing their shock and disbelief with the public’s lack of sensitivity and sophistication required to recognize the vortex of sublime creativity that swirls within these unappreciated geniuses, our history has largely been one of self deception, rationalizations and false epiphanies. Naturally, pragmatic as we are, we found various ways to harness the murky powers of self persuasion, and have managed to occasionally make them work for us, placebo treatments being just one of the positive examples of leveraging the inertia which seems to hold so much sway over our minds.

One of the recent insights into how our brains are wired and what we can do in order to trick them into working for, instead of against us, comes from the researches at the Jean Mayer USDA Human Nutrition Research Center on Aging (USDA HNRCA) at Tufts University. Their research seems to indicate not only that fast food cravings that many obese people consider the primary problem with losing weight are not only acquired instead of inherent, but that they can be overwritten with a similar kind of suggestion and prolonged exposure that gave them birth in the first place.
In an effort to determine how people relate to both healthy and unhealthy food choices, they decided to observe the reactions of 13 people who had weight problems. They were divided into two groups, with eight people about to take part in a specifically designed weight loss program including low calorie, healthy food, and five whose habits were to remain the same as they were before the research began.
Both groups were subjected to an MRI (magnetic resonance imaging) brain scan at the beginning of the experiment, and one at the end, six months later. The results of the scans are quite encouraging, and seem to reveal a tendency of our brain that could help people with weight problems approach dieting with less trepidation.
Both scans involved the participants looking at images of both unhealthy, calorie-rich junk found and those of healthy food. The reward  centers of their brains were monitored for activity, and unsurprisingly, during the first scan, all subjects displayed increased reward center activity when shown pictures of their favorite artery cloggers.
However, six months later, during which the experimental group of eight has been enduring a treatment focusing on healthy food choices, when both groups took another scan, a change in how they perceived the images was more than noticeable. Not only did the experimental group display less brain activity when shown pictures of junk food, their reactions to low fat, low calorie food were much more favorable than at the beginning of the test, and then the reactions of the control group.
This seems to indicate that junk food craving are not something that you are born with or something that will necessarily haunt you for the rest of your life once developed. While some people may have an inherently higher proclivity towards this kind of food, if the research is to be believed (and there are no obvious reasons why it shouldn't be) even they should be able to, if not exterminate those tendencies, than at least reduce them to a more manageable level.
Until this research has seen the light of day, it was supposed by most that once you get hooked on junk food, i.e. become junk junky, the affliction would follow you to your deathbed. After all, most of the other types of serious addictions seem to stick with people for the rest of their life’s once acquired, even if they stop indulging in them.
Seeing how one of the main problems with dieting is finding the willpower to stick with the regime, this should make it easier for people to commit to a diet, knowing that the temptation to stray will get less insistent as the time goes by. If you want to make the transition easier on your body, you might even consider eating low calorie food, so that your brain gets used to it and starts developing better habits, while at the same time using different, nutrient rich supplements, so that your body experiences less of a change when it comes to the intake of various nutrients.
If it weren't as well documented as it is, and if we were living in a world much different to the one that we actually inhabit, one might almost believe the research itself to be a kind of a placebo, trying to help you convince yourself that you can convince yourself to like healthier food. While that might be a slightly more interesting scenario, the truth should serve us just fine in battling obesity and finding a way to model ourselves into more conscientious, health oriented people.
Posted by Health Natural Guide at 4:08 PM