Loading...
Breaking News
Loading...
Home » cataract » health » Facing it Once in a Lifetime: Why Cataract Treatment is Important

Facing it Once in a Lifetime: Why Cataract Treatment is Important 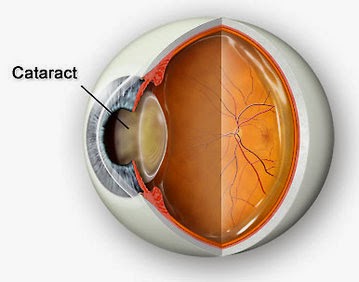 Cataract is known as an age related disease, the older the person gets, the greater the risk of getting cataracts. This is also the result of metabolic disorders or hereditary. It occurs in the eyes, clouding the lens of the eyes. Usually, the lens of our eyes is clear. This is normal. But when it gets cloudy, it is because of cataracts. This affects the vision making it blurry. Everyone faces this problem once in their lifetime.

Poor vision affects their normal day-to-day activities. They are not able to enjoy simple pleasures such as driving at night, golfing or reading. Cataracts affect their lifestyle and to some extent this is a lifestyle disease.
It comes with Age
Cataracts afflict people with age. Research has show that approximately one in three people over the age of 65in UK together with 22 million Americans aged 40 and above suffer from this problem. They may have undergone surgery to remove cataracts or had treatment for it. But not all cataracts are caused by age. In some cases, it is present at birth; cataracts is also a inherited disorder. This is fatal as it can cause blindness – known as congenital cataract; it can be removed as early as possible.
What Causes Cataracts
This can be caused by a number of factors such as smoking, alcohol, poor diet, diabetes, genetics (family history) and medicines. Infections, ultraviolet radiation, high blood pressure and toxins also cause cataracts. Doctors say that overproduction of oxidants in the eyes cause cataracts. Oxygen-free radicals are a major factor of cataracts. Aging makes the eye susceptible to oxidation. Moreover, cataracts are also a side effect of radiation treatments. Cataract is also a hereditary disease. It afflicts a number of babies. This is known as congenital cataract; it is fatal as it can cause blindness. Doctors remove congenital cataracts as early as after birth.
Symptoms to be Aware of
Some of the symptoms of cataracts are sensitivity to light, light spots or seeing halos around light, and double vision in a single eye. Other symptoms include not being able to see clearly at night, dim vision or cloudiness. It is like looking through a foggy wind screen. Initially, cataracts may affect a small part of the eye’s lens. As it grows bigger, it will distort the vision of that eye. It is best to see a doctor to treat it while it is treatable.
It is Treatable
Most people go for surgery for the complete removable of cataracts. This is normally done when surgery is the only effective intervention. The surgeon in a 10 to 20 minutes surgery removes the cloudy lens and replaces it with an artificial one. Doctors treat early cataracts with contact lenses or eye glasses and medication that dilate the pupils. Most people opt for surgery for the removal of cataracts. It has been stated that cataract surgery improves vision in 95 per cent of the patients.
Prevention
It has been rightfully said that prevention is better than cure. Cataracts can be prevented. You can start off with a proper diet with plenty of fresh fruits and vegetables like spinach. Quit smoking and don’t indulge in too much sunlight – wear sunglasses or a hat to protect your eyes. It is best to have eyes examined on a routine basis as age sets in. People with diabetes have a greater risk of getting cataracts. They can prevent it by maintaining their blood sugar levels. Above all, the priority should be a healthy diet. Consuming foods high in vitamin C, E and antioxidants help prevent cataracts.
Posted by Health Natural Guide at 3:42 AM