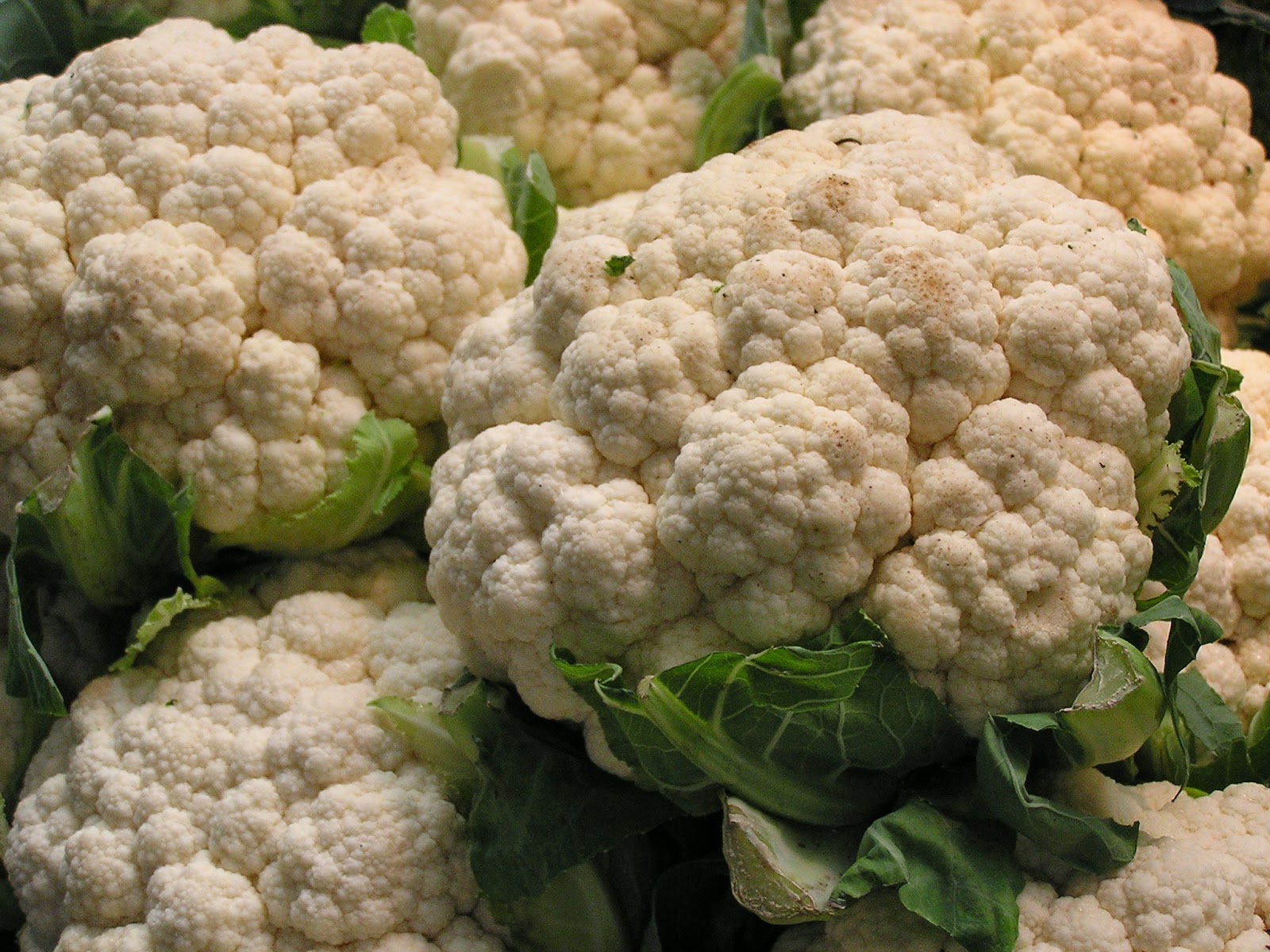 Cauliflower contains many ingredients that work against cancer and regulate hormones. Especially for breast cancer and colon.


The composition of cauliflower


Cauliflower contains some carbohydrates (about 5 %) and protein ( 2.5%), very little fat, lots of water and some dietary fiber. Cauliflower contains a large amounts of vitamin C, and also contains the A , B1 , B2 and PP. From minerals and oligo-elements, there are potassium, calcium, phosphorus and iron. It is rich in antioxidants. Energy value of cauliflower is small ( 100g gives 27kcal ).

Cauliflower has estrogenic activity - affects the level of estrogen, the female sexual hormone, which plays a major role in the development of hormone dependent breast cancer. Women who regularly consume cauliflower and other Cruciferae (cabbage , broccoli ) have a lower risk of developing breast cancer.

There are studies that show that the introduction of large amounts of cauliflower can help in reducing breast fibrotic changes.

Because it contains a large number of antioxidants, it cleans our organisms from harmful substances (detoxification )released by bad food and noxious substances from the environment, as well as radiation.

It is rich in antioxidants that prevent cell mutations that can lead to cancer. Particularly was examined the effect on colon cancer. Thanks to the content of dietary fiber reduces the effect of carcinogenic substances, antioxidants and other anticancer substances (especially indole ), reduces cell proliferation and the formation of polyps that lead to colon cancer. Eating cauliflower can prevent the formation of polyps and cancer.


It is good source of soluble fiber, which reduces the absorption of cholesterol and its level in the blood. Reduces atherosclerosis and has effect on reducing the risk of heart disease, particularly heart attack and stroke.

Reduces the damage to nerve cells and regular consumption reduces the risk of Parkinson's disease and multiple sclerosis. Positively influences a number of inflammatory diseases, rheumatism and asthma. It contains a lot of potassium and if consumed without salt has influence on blood pressure.It contains plenty of calcium and strengthens the bones. Favorable balance of phosphorus and calcium, with low sodium and calcium absorption prevents osteoporosis. It has a low calorific value, and takes longer to digest so it is recommended for people who want to gain weight.


Prolonged cooking destroys some pharmaceutical properties of the cauliflower. Eat it raw, boiled or partially stored in the microwave oven. Cauliflower can worsen symptoms of patients suffering from Crohn's disease.

Posted by Health Natural Guide at 5:57 AM