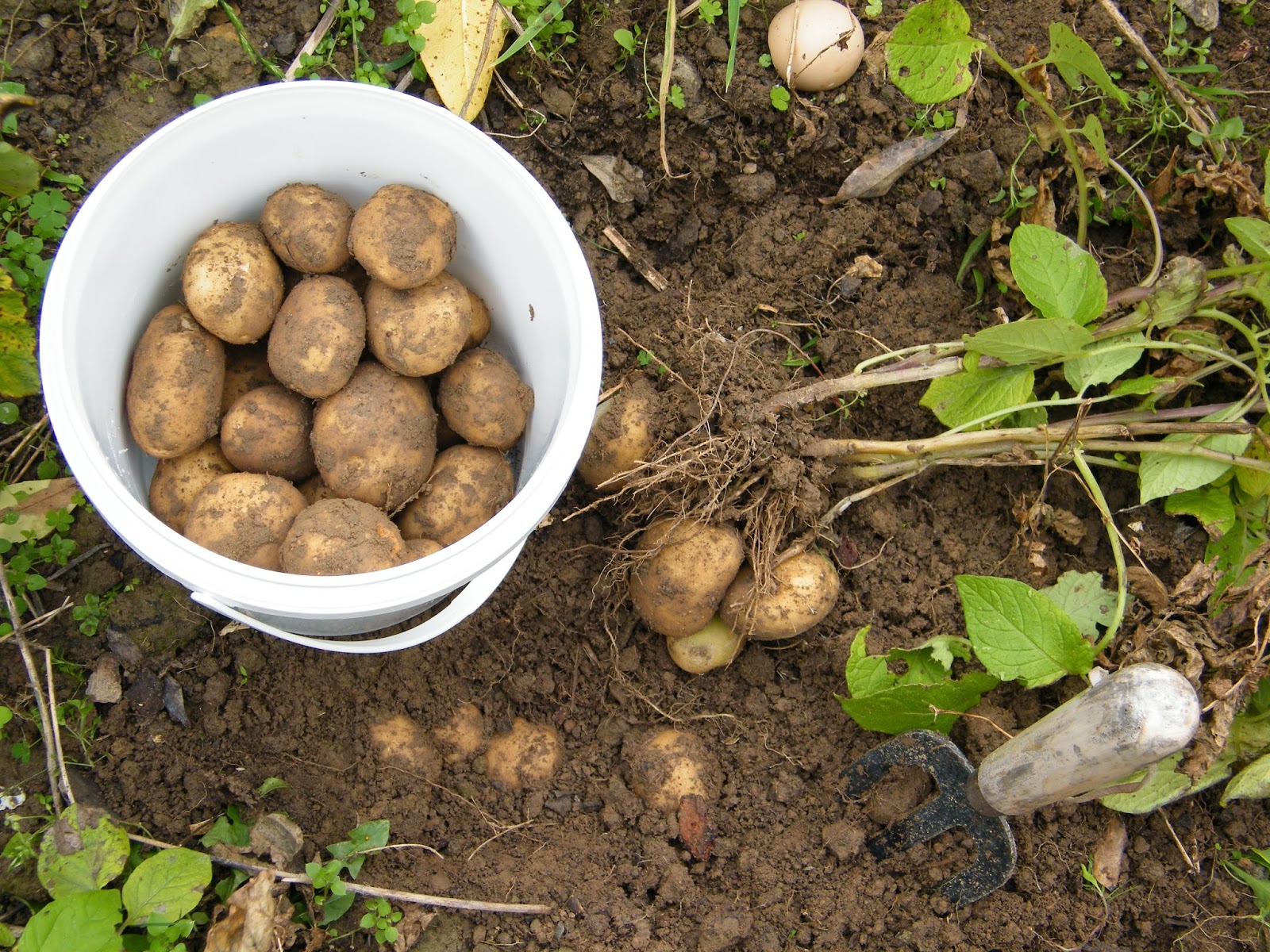 We know the nutrition value of potatoes and we use it in our food, but we are not aware of its curative properties.And nutritionists always put it in second place after the exotic fruits.


The composition and nutritive value

The nutritive value of the potatoe comes from carbohydrates,which is mainly in the form of starch.It is a complex carbohydrate.It gives us the energy by decomposing the glucose.The protein value is low(about 2 %),but it is highly valuable.It contains all the essential amino acids,so named because the body can not produce them.It contains more lysine than the mothers milk.

It contains almost all of the B group vitamins in small amounts,has A,B,C and E vitamins. Interestingly,the fresh potato has a lot of vitamin C(40 mg per hundred grams),and the old has considerably less.Longer cooking and warming reduces the content the vitamin S.

From the macro elements it contains potassium,phosphorus,magnesium and iron,micro elements copper,zinc,chromium and molybdenum. The minerals are right under the shell,so it is most useful to eat it boiled and cooked with the shell.

The great content of potassium(and low sodium)gives the potato the antihypertensive effect.Allows fluid ejection and lowers blood pressure.To use its full medicinal properties don't use to much salt.You will loose its curative properties.

There are studies that point out that the daily intake of 400mg of potassium reduces the risk of fatal stroke by 40%.That much potassium can be found in the bananas,but also in the much cheaper 250 g baked potato with skin.If you cook without the shell than it has only 260 mg of potassium.In the fight against stroke the content of antioxidants is the main element.


Potatoes reduce the risk of certain forms of cancer because it contains anticancer pro-tease inhibitors.Because of the fiber content it reduces the risk of colorectal cancer.There are some effects of estrogen and women in climacteric period can benefit by consuming these foods.Increasing serotonin can alleviate depressed mood and irritability,frequent companions of the transition period.

Due to the use in the diet with diarrhea many believe that people who suffer from constipation should not eat it,which is not true.It contains a lot of fiber,which increases stool volume,which triggers bowel and helps emptying.In addition to that the potatoes do not cause gas and stomach cramps as many laxatives do.

Contains selenium and zinc and helps strengthening the immune system.Ailing persons and those who want to get healthy food should not eat fried foods because the fat reduces the body's resistance.B vitamins strengthen the nervous system.Folk medicine recommends it as a cure for ulcers and gastritis.

To improve your mood

Many women with PMS have noticed that before the menstruation period they want to eat potatoes,pasta,bread and sweets.They should not ignore those foods because they contain the oil hydrates which have abundant cure for PMS.Carbohydrates produce higher concentrations of the neurotransmitter serotonin,which improves mood. Depressed,tired,angry,irritable people can significantly improve their mood by eating a portion of potatoes(without protein ie meat,milk and eggs).

Potatoes are not the cure for all diseases

In the folk medicine it is not recommended to the people with rheumatic disease and specifically to rheumatoid arthritis in whom certain foods can induce inflammation.Diabetics need to know that the potato raises blood sugar levels.

Does the potato make us fat?Many people don't eat it because they don't want go gain weight,but the potato is not the enemy of the body.A hundred grams of potato provides only 90 calories,which makes it a food product suitable for a child under the condition that the preparation is made with the shell or by cooking.